Mutual respect is the secret to success

Stuttgart. The year is 2016. Earl Bamber and Laurens Vanthoor meet for the first time in the narrow streets of the Special Administrative Region of Macau. It’s the GT World Cup: Bamber drives a Porsche 911 GT3 R, Vanthoor an Audi R8. At the title decider finale, the Porsche works driver overtakes his Belgian rival with a spectacular manoeuvre to snatch the lead. Several corners later, Vanthoor loses control of his vehicle and crashes into a wall. With sparks flying, his car slews along the track on its roof. Images zoom around the world. The race is halted and then red-flagged; the final result is taken from the lap prior to the accident. Vanthoor wins the title, Bamber the respect of his rival.

Today, they are both Porsche works drivers – and for the last two years, teammates, best friends and now champions of the IMSA WeatherTech SportsCar Championship. Scoring fifth at the final race of the 2019 season, the two-time overall Le Mans winner Earl Bamber (New Zealand) and Laurens Vanthoor (Belgium) have crowned their impeccable alliance by winning the drivers’ title of the GTLM class. Sharing the cockpit of the No. 92 Porsche 911 RSR, the successful duo celebrated victories at Long Beach, Mid-Ohio (both USA) as well as Bowmanville, Canada, and also finished on the podium at Daytona, Lime Rock, Road America and on the Virginia International Raceway.

Respect on all levels: no room for big egos
The mutual respect that developed between the two at their first encounter three years ago has deepened over the course of their time working together. “That’s one reason for our success,” says Vanthoor, whom Bamber has nicknamed Larry. “Earl and I have the utmost respect for each other. We talk openly about everything, there are no secrets between us. Of course we both have the typical racing driver gene. Each of us wants to be the fastest. But in our partnership, such competitive thinking plays no role. There’s no room for ego trips. We both have our strengths. If we can fully utilise these strengths then we’ll both be all the more successful.”

The 28-year-old Belgian, who lives near Porsche’s headquarters at Stuttgart, and the 29-year-old New Zealander based in Kuala Lumpur (Malaysia), harmonise perfectly on and off the racetrack. “We work despite the fact that we’re completely different,” says Earl Bamber, the 2014 Porsche Supercup champion. “Yet, we have a very close friendship, which goes far beyond our joint commitments as Porsche works drivers.”

Vanthoor and Bamber have contested almost 20 races and tests so far this season, and have spent a great deal of time together at hotels, at the racetracks and in planes. “Still, Earl always comes over to our place for dinner when he visits Stuttgart. He even joined our family on vacation for a few days,” says Vanthoor. “Sometimes I wonder who I see more often, my wife or Earl. It’s extraordinary, and it’s great. So great, in fact, that Porsche will have a tough time if they ever want to separate us as a driver pair.”

Sparks of friendship fly to the fans
The newly-crowned champions also spend time together during endurance training. In the Vanthoor’s family workshop at home, the Belgian built his teammate a custom racing bike. And off they went. “We always have a lot of fun on those bike trips together. We spend a lot more of our leisure time together than other driver duos. When we go out, things sometimes happen that should probably not be made public,” says Vanthoor with a grin. “We’re kind of like a married couple. We like and respect each other. We don’t always agree but we always find a solution that both of us can live with. It makes us strong.”

The special relationship between the Porsche works drivers, who have contested the North American sports car series together since 2018, is also well received by the fans. “That’s apparent by the fact that there’s now a rather popular Twitter hashtag, #BamThor,” explains Vanthoor, who is responsible for qualifying the car at all race events. “This Twitter idea didn’t come from us, it came from our fans. People notice that we get on really well and that we’re close friends. We gratefully adopted it,” says Bamber. Under the hashtag #BamThor, the two Porsche drivers sell their own merchandising products to fans, who now eagerly await a championship t-shirt. 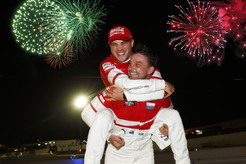 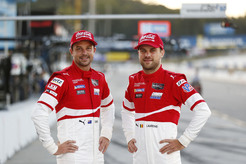 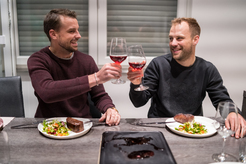 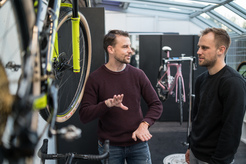 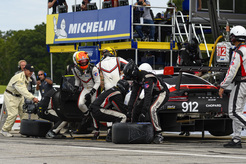 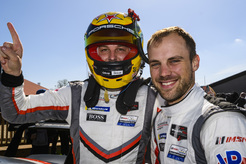 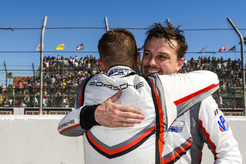 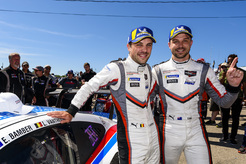 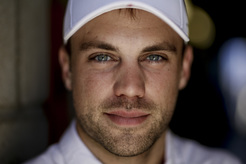 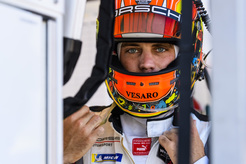 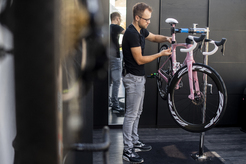 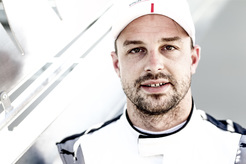 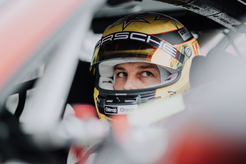 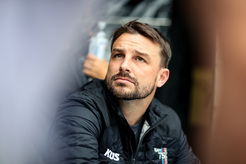 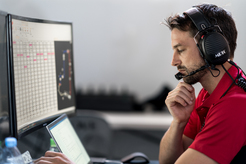 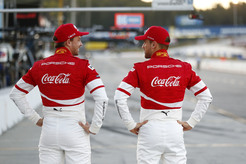 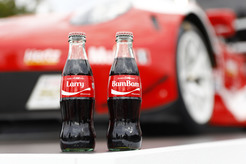