Stuttgart. Top-class motor racing as the driving force behind technical developments – following this maxim, Porsche has taken on the enormous challenges of racing series around the world for decades. “The extreme demands we face on the racetrack very quickly highlight any weak points and encourage engineers to look for new and better solutions,” said Ferdinand “Ferry” Porsche, who with the development of the legendary 356 No. 1 Roadster laid the foundation for the Porsche brand in 1948. For the engineers at Weissach, this guiding principle is as applicable today as it was back then. The huge stresses of motor racing demand solutions that eventually flow into the development of road-going vehicles.

One component that emphasises the ongoing developments in motor racing more than most others is the steering wheel. Standard steering wheels from everyday Porsche sports cars were first fitted in the racing cars of the Stuttgart marque mid last century. Even the legendary Le Mans Porsche 917 featured not a single button or display function. “It’s hard to believe, but developments in this regard only really took off in the year 2000. Since then, the massive progress in steering wheel development is clearly evident,” explains Pascal Zurlinden, Director Factory Motorsport. In just 20 years, a leather-covered wheel morphed into a multifunctional controller. Drivers of the latest Porsche 911 RSR have 30 functions on the steering wheel at their disposal, which, when activated in certain combinations, can mobilise other functions. At Weissach, two specialists work on finding new solutions for even more setting options as well as improved comfort.

Modern-day steering: Like a TV remote control in the living room

“In 1999 I contested the Carrera Cup as a Porsche Junior. Back then, the steering wheel had no buttons, no radio, no paddle shifters, no pit speed limiter. We had to drive along the pit lane with an eye on the speedometer,” says brand ambassador Timo Bernhard (Germany) of those earlier years. The long-standing works driver and 2016 World Sports Car Champion witnessed the rapid advancements in steering wheel technology firsthand. In 2001, the Cup-Porsche received a radio button on the steering wheel, with the number of control functions in the Porsche 911 GT3 RSR fielded in the American Le Mans Series growing to six by 2004. At that time, the switches and buttons were installed in a modified, commercially available motor racing steering wheel. The layout at this stage played a minor role.

Over time, the design became increasingly important as progress in this area continued. The layout of all functions became the top priority so that the drivers could use them as intuitively as possible. “It’s like watching television at home,” says Pascal Zurlinden. “The TV remote controls are constantly being upgraded with new buttons, with apps, Amazon Prime, etc. Despite this, operating them quickly becomes second nature. If I get a different model from the same brand I immediately know how to use it. That’s what we do at Porsche, as well. Because the layout always follows the same pattern, the drivers have no problems switching from one vehicle model to another.”

Ergonomics: Victory at your fingertips

Drivers play a key role in the arrangement of the controls. They provide crucial input during the development stage to ensure the best possible ergonomics. The first step is the positioning of the four most important functions: the buttons for the pit stop limiter, full course yellow situations as well as the on/off buttons for the engine and radio. The other operating functions are then added following a priority list. In the process, the developers must take into account that some functions have to be activated via designated combinations – comparable to the Ctrl+Alt+Del commands on a personal computer.

“I experienced the hard way how important it is to have the correct layout and optimal user-friendliness under racing conditions,” recalls works driver Romain Dumas about a specific moment back in 2012. “I was driving a Porsche 911 GT3 R at Pikes Peak and was on course to win when rain set in and then snow fell at higher altitudes. That’s where I lost everything. Why? A control button for the windshield wiper was installed on the steering wheel. You had to press it for a second to activate the intermittent wiping function, and for three seconds to make it continuous. It was way too complicated. At Pikes Peak, it’s one corner straight after the other. By the time I got the wipers working correctly I’d lost too much time,” says the Frenchman, who has notched up four overall victories at the ‘race to the clouds’ in the US state of Colorado. Experiences like this have resulted in a decisive rethink in development.

Data flow between steering wheel and onboard electronics: via just one wire

These days, drivers are involved in contributing to the layout right from day one – and in co-writing the instruction manuals. The steering wheel instructions in the Porsche 911 RSR manual consist of 27 pages. “It’s easy to memorise so that you can concentrate completely on driving,” says Porsche works driver Matt Campbell (Australia). “It goes so fast because we have the chance to provide input during the development. As Porsche works drivers we’re mostly involved in endurance racing. Not only does it have to be intuitive to operate, but it also has to flow with as little physical exertion as possible. That’s always the goal when working on a new steering wheel layout.” Customer sport racing also requires a great deal of thought and effort, for instance with the Porsche 911 GT3 R. The steering wheel must be easy to use for factory drivers and hobby racers alike, and it is essential to find acceptable compromises during the development.

In the past decades, steering wheels have changed significantly in terms of operation and functionality. The shape and materials used have also been modified multiple times. From a circular steering wheel made of real wood to a steel rim, a controller eventually evolved – the shape of which resembles a horizontal figure of eight, comparable to the yoke of modern aircraft. “When comparing an old and a new steering wheel, it’s hard to believe that the new models are even lighter than the earlier ones – despite all the operating controls, displays, and electronics. This is thanks to the use of aluminium and carbon fibre,” says Pascal Zurlinden. The steering elements in modern racing cockpits can be easily removed to allow drivers to climb in and out quickly and safely. The connection between the steering wheel and the car’s electronics occurs via a so-called CAN interface. “Data flows in both directions over a single line. Now that is fascinating,” states Zurlinden.


Further information, film and photo material in the Porsche Newsroom: newsroom.porsche.com. The Twitter channel @PorscheRaces provides live updates from Porsche Motorsport with the latest information and photos from racetracks around the world.

The consumption and CO2 emission values were determined following the new Worldwide Harmonized Light Vehicle Test Procedure (WLTP). The NEDC values derived from this should continue to be specified for the time being. These values cannot be compared to the values determined in accordance with the NEDC measuring procedure used up to now.
Communications, Sustainability and Politics
Corporate and Product Communications
Oliver Hilger
Phone: +49 (0) 711 / 911 26509
E-mail: oliver.hilger@porsche.de
Text 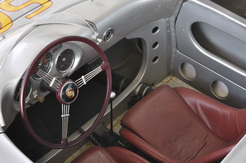 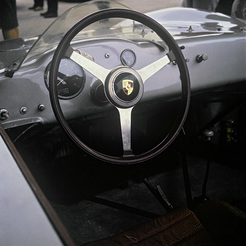 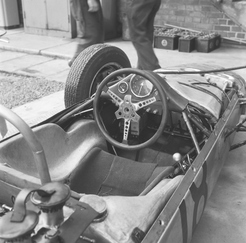 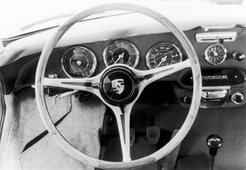 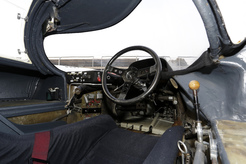 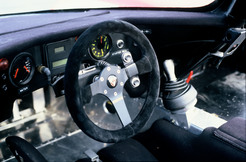 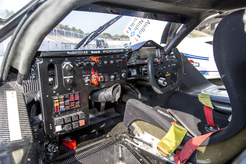 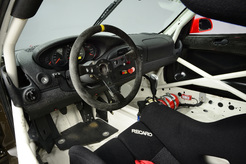 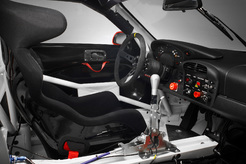 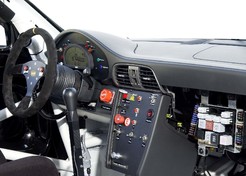 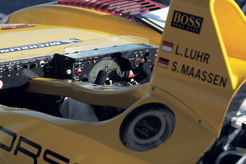 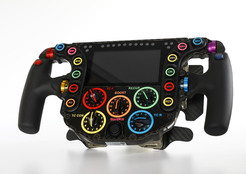 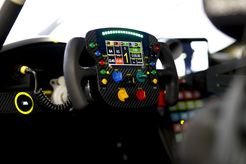 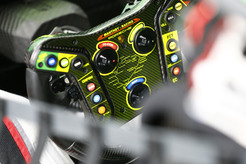 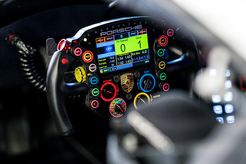