Global quest for Porsche Penske Motorsport with the new 963 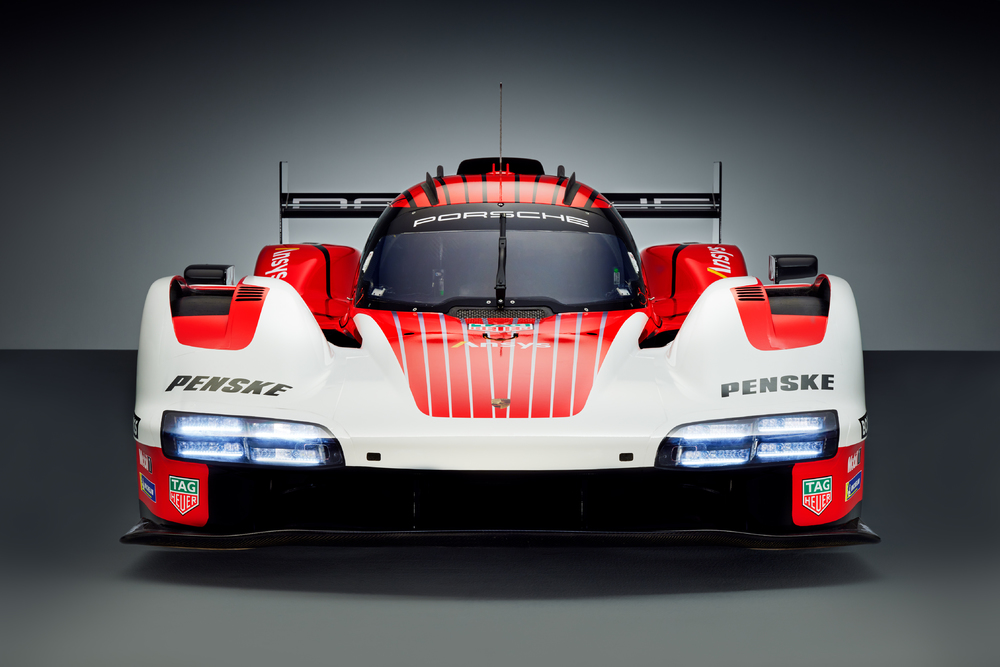 Porsche 963, Porsche Penske Motorsport
The Porsche Penske Motorsport team sends the new Porsche 963 to hunt for overall victories in the world’s greatest endurance races. From 2023, two of the hybrid LMDh-spec prototypes will be fielded in both the FIA World Endurance Championship and the IMSA WeatherTech SportsCar Championship.
Stuttgart. The racing vehicle that was unveiled today (Friday 24 June) at Goodwood in England flies the typical Porsche motor racing colours: white, red and black. In the cockpits of the 500 kW (680 PS) racers, experienced and championship winning prototype drivers are paired with seasoned specialists from Porsche’s works driver squad. Porsche Penske Motorsport prepares for these missions at two locations: The branch in Mannheim (Germany) is responsible for the FIA World Endurance Championship, with the IMSA WeatherTech SportsCar Championship vehicles prepared in Mooresville, North Carolina, USA.

“After 7,889 test kilometres during the first half of 2022, we’re on a very good path but there is still work to be done before the start of next season,” outlines Thomas Laudenbach, Vice President Motorsport. “Our new Porsche 963 should continue the legacy of legendary models such as the 917, 935, 956, 962 and the 919 Hybrid. I’m positive that we’ll be well-positioned when it comes to technology and we’ve also created the relevant team structures to set us up for wins in the thrilling competition between many manufacturers and different concepts.”

The official race debut of the Porsche 963 is planned to take place in January 2023 at the 24 Hours of Daytona in the USA. In the meantime, the FIA WEC has opened the door for testing as part of the upcoming world championship races this year. Porsche Penske Motorsport is aiming for a non-competitive dress rehearsal at the final round of the season in Bahrain this November.

“Over the past few months, our people at Porsche Motorsport and Team Penske have grown into an efficient and committed squad – the Porsche Penske Motorsport Team,” acclaims Urs Kuratle, Director Factory Motorsport LMDh. “We’ll have powerful driver crews in the four factory cars. The collaboration with our long-standing tyre partner Michelin and the chassis manufacturer Multimatic works flawlessly. The Porsche 963 should be homologated this autumn. Until then, we want to make further progress with test drives and gain additional insights. We can hardly wait for our first outing.”

The drivers selected for the races in the World Endurance Championship and the IMSA WeatherTech SportsCar Championship include the experienced works drivers Kévin Estre (France), Michael Christensen (Denmark), André Lotterer (Germany), Laurens Vanthoor (Belgium), Matt Campbell (Australia), Mathieu Jaminet (France) as well as the accomplished sportscar drivers Dane Cameron (USA) and Felipe Nasr (Brazil). In the initial development phase, Frédéric Makowiecki played a key role: during the rollout at Weissach in January, the Frenchman drove the first metres in the Porsche 963 and also turned the first laps in the simulator. Other driver announcements, including those for the endurance races at Daytona, Sebring and Road Atlanta (Petit Le Mans), will be made at a later date.

Porsche Penske Motorsport prepares a total of four 963 for the world’s most important sports car races at its bases in Mooresville (North Carolina) and Mannheim (Germany). The WEC facility in Germany’s Baden-Württemberg is a former Porsche Centre of Penske Automotive, built to state-of-the-art standards. The exchange of data between the three high-tech centres of Porsche Penske Motorsport occurs almost in real-time. The WEC team will move into the Mannheim premises this autumn.

Jonathan Diuguid is the Managing Director of Porsche Penske Motorsport: “Expectations are extremely high,” acknowledges the American. “Not only from the public but also from Porsche and Team Penske, who have written great motorsport chapters together in the past.” Diuguid and Travis Law (Competition Director) will guide the global Porsche Penske Motorsport Team, with direct oversight and management of both the FIA WEC and IMSA programs. Daily operations of the FIA WEC team will be led by Bernhard Demmer (General Manager) and Francis Schammo (Team Manager). Joel Svensson (Team Manager) will be responsible in the IMSA championship in North America.

In compliance with the LMDh regulations, the Porsche 963 is based on an LMP2-category chassis. This newly developed vehicle chassis is supplied by the Canadian high-tech company Multimatic. Bosch, Williams Advanced Engineering and Xtrac contribute the standard hybrid components. At the heart of the powertrain lies a 4.6-litre V8 Biturbo. The engine is based on the high-performance 918 Spyder hybrid sports car. Its DNA goes back to the RS Spyder racing car, with which Porsche and Team Penske notched up many victories between 2005 and 2008. The design of the new Porsche 963 hails from the victorious 956 and 962 classics from the 1980s. A continuous strip of lighting at the rear echoes the distinctive feature of the latest 992-generation 911. The white-red-black vehicle design is a salute to Porsche’s successful racing cars. And another tradition lives on: The new Porsche 963 will be available to customers from the first year of competition. The first Porsche customer teams will already communicate their program in the next few days.

For its envisaged campaign in the FIA World Endurance Championship WEC and the IMSA WeatherTech SportsCar Championship (IWSA) – the world’s two most long-distance racing series including the Le Mans 24 Hours, the Daytona 24 Hours and the 12 Hours of Sebring classics – Porsche Penske Motorsport joins forces with strong and proven partners. The tyre manufacturer Michelin continues its close alliance, as does ExxonMobil with its Mobil1 brand. In addition to the software specialist Ansys, which supports the global team with cutting-edge simulation solutions as the official technology partner, the Penske Corporation, which will highlight a number of subsidiaries and brands, is also on board as an official partner. With its expertise in development and engineering, Multimatic joins the project as a technology partner. The luxury watchmaker TAG Heuer also joins the global team as the official timing partner of the Porsche Penske Motorsport team. The fashion brand Hugo Boss as the team’s clothing partner and outfitter as well as the sports lifestyle company Puma as the technical partner for fireproof race clothing complete the portfolio of top-level partnerships of Porsche Penske Motorsport.


Further information, film and photo material in the Porsche Newsroom: newsroom.porsche.com.
The Twitter channel @PorscheRaces provides live updates from Porsche Motorsport with the latest information and photos from racetracks around the world. 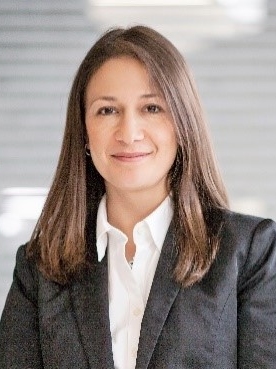 Presentation of the LMDh prototype at Goodwood with strong drivers and partners: Global quest for Porsche Penske Motorsport with the new 963 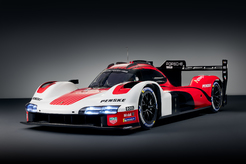 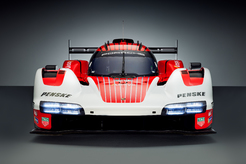 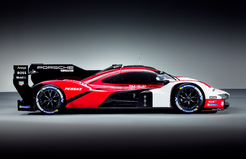 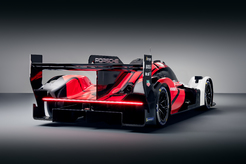 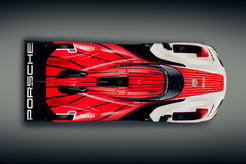 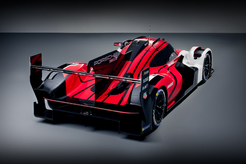 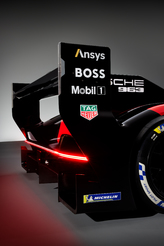 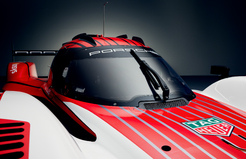 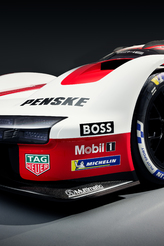 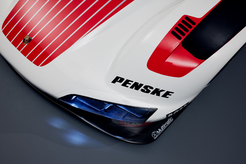 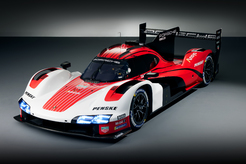 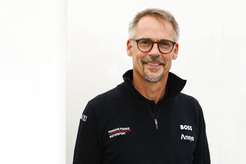 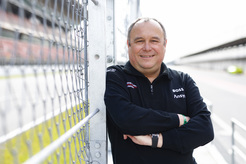 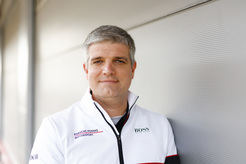 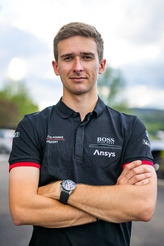 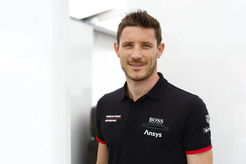 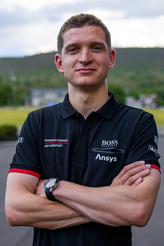 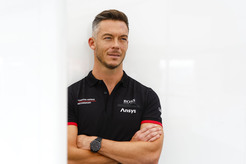 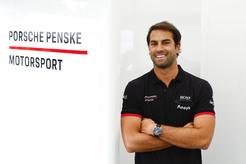 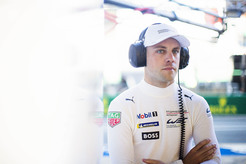 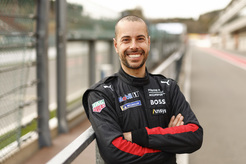 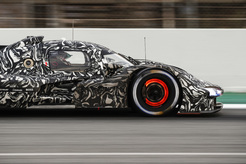 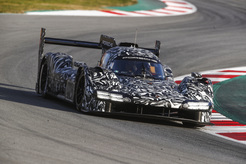 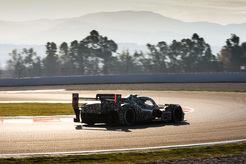 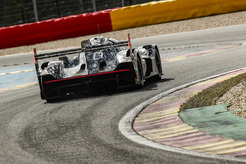 Porsche 963, Test drives in Spa-Francorchamps (B)