Stuttgart. After its successful premiere last year, the second Turkish Airlines Tiebreak will be staged on 22 April 2019 starting at 6.30 pm (CEST). With non-stop action and a top-class field, it marks the start of main draw matches at the 42nd Porsche Tennis Grand Prix in the Porsche Arena in Stuttgart. With Elina Svitolina, Victoria Azarenka, Laura Siegemund, Belinda Bencic, Caroline Garcia and Qiang Wang in the line-up, it means six top players will be competing in the tournament within the tournament. Split up into two groups, they will play a champions tiebreak against each other. The group winners will go on to contest the final where one million bonus miles from Turkish Airlines is at stake.

“For the spectators, it’s an exciting event, a perfect mixture of sport and show,” says Tournament Director Markus Günthardt. “All the players are in the Porsche Arena the whole time, there are on-court interviews and music. It means the competition fits excellently into our concept of making the Porsche Tennis Grand Prix a real experience for the whole family with its attractive and entertaining supporting program of events.”

Attractive “4 for 2” special ticket offer
The Porsche Tennis Grand Prix therefore has an inviting special offer in place for the first day of main draw matches which features the Turkish Airlines Tiebreak: People buying two tickets will be given an extra two. The special offer tickets are, like all others, available at the Easy Ticket Service (Tel: +49 711 255 55 55) or online at www.easyticket.de. Eurosport will televise the Turkish Airlines Tiebreak live and the event will be livestreamed on DAZN.

Spectators are in store for world class tennis at the Turkish Airlines Tiebreak: France’s Caroline Garcia and Qiang Wang (China) are ranked in the Top 20. Elina Svitolina (Ukraine) won the 2018 WTA Finals and Belinda Bencic (Switzerland) was the surprise winner of the WTA tournament in Dubai. Local hero Laura Siegemund claimed the 2017 Porsche Tennis Grand Prix.

World class tennis in the Porsche Arena
On top of it all, Victoria Azarenka will be appearing in the Porsche Arena for the first time since 2012. The former world No. 1 and two-time Grand Slam winner from Belarus took a break from competitive tennis after the birth of her son Leo and only returned to the WTA Tour in 2017. Azarenka has a special Top 20 wild card for the tournament. In accordance with WTA rules, it is only available to, amongst others, players either ranked in the world Top 20, or are former world number ones or Grand Slam or WTA Finals winners.

A total of 28 players will contest the Porsche Tennis Grand Prix from 20 to 28 April and they include eight ranked in the world Top 10 and the Porsche Race to Shenzhen respectively. They will compete for prize money totaling 662,078 euro and a Porsche 911 Carrera 4S Cabriolet. For the first time since 2012, all the current Grand Slam champions will taking part: Naomi Osaka (Japan/US Open, Australian Open), Simona Halep (Romania/French Open) and Angelique Kerber (Germany/Wimbledon). The field also includes all the Stuttgart winners from the past eight years – Julia Görges (Germany/2011), Maria Sharapova (Russia/2012, 2013, 2014), Angelique Kerber (Germany/2015, 2016), Laura Siegemund (Germany/2017) and Karolina Pliskova (Czech Republic/2018).

The Porsche Tennis Grand Prix begins on Saturday, 20 April 2019, at 10.00 am with the qualifying. The regional SWR channel, Eurosport and DAZN will broadcast the most important matches live. 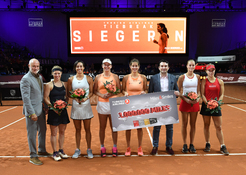 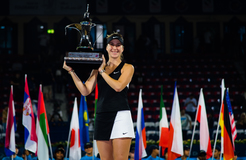 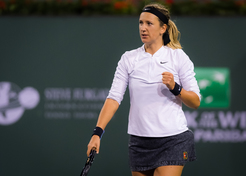 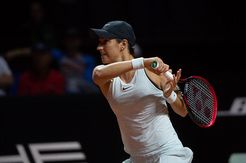 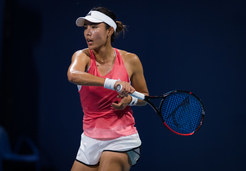